Batanes – Beyond the Beauty

What You Should Know When In Batanes 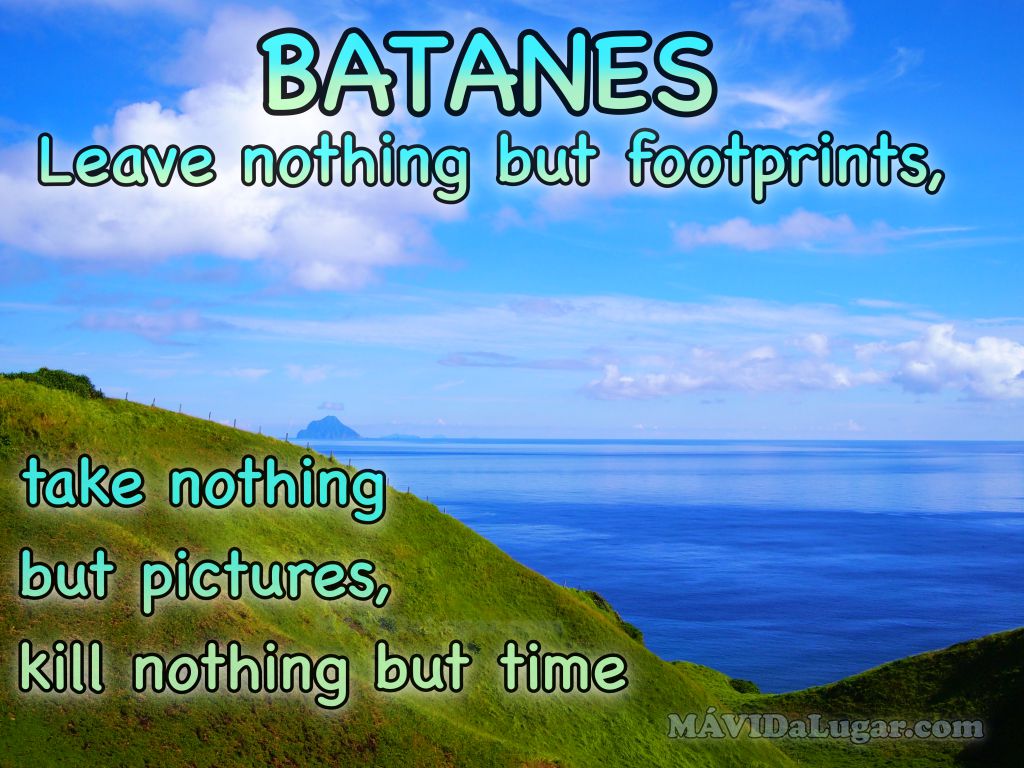 Batanes – Take Nothing But Pictures

The name Ivatan applies to the inhabitants of the province of Batanes, which lies on the northernmost end of the Philippine archipelago. It is also the name of their language.

The Ivatan people you will meet throughout the islands are warm and welcoming. Locals delight in visitors, who takes an interest in their heritage, learns a little bit of the language, eats seafood, and appreciates Ivatan customs. Above all, the lvatan people have a huge respect for their culture, traditions and religion.

Ivatan customs can be a bit traditional and tourists are expected to know and follow local etiquette. A few small gestures and a general awareness go a long way to foster a spirit of goodwill when in Batanes.

It is a fact that Batanes is a protected area in its entirety. Thus, the environment is very important to the lvatans. Littering is prohibited on all islands, so be mindful of your garbage. Fees are widely collected by the Department of Environment and Natural Resources (DENR) and Local Government Units (LGUs) for conservation and preservation purposes.

A few lucky visitors know that Batanes is one of the country’s fifteen biogeographic zones. Hence, the local government is taking steps to preserve the nature of its protected zones. They are also making efforts in teaching visitors about the local wildlife species (e.g. Batanes pit viper) and more importantly, the delicate balance if six distinct natural terrestrial habitat types found on the islands. Please note that the gathering, collecting and transporting of any flora and fauna are prohibited and subject to limitations of the law. As a rule of thumb when traveling, “kill nothing but time.”

Batanes has rough and cliffy terrains that opened up nature’s wild side to those who would dare. Take caution as you visit the sites. Towns located south of Basco have become a haven for photographers, particularly remote villages. Ivatans are traditionally shy. Do not expect locals to be comfortable in front of your camera. Be sensitive and ask before taking photographs. Important note: Indigenous people should not be photographed freely.

With more or less 20,000 people scattered thinly over six municipalities located on three inhabited islands (Batan, Sabtang and Itbayat), Ivatan enjoy close-knit community who commonly greet each other. Younger people are always expected to ask the hands of elders for “kapaymano.” or the kissing of the hands as a sign of respect. In return, we will appreciate if visitors will bestow their blessings to the children but we discourage giving them money.

One of the most important points of Ivatan etiquette you should remember is that locals dress conservatively. Always dress with respect especially in churches. Nudism is never accepted anywhere in Batanes.

Times are changing, but Ivatans commonly avoid public displays of affection. You will rarely see an Ivatan couple hold hands, hug or kiss public especially where there are children around.

Ivatans maintain relationship to their nature and are very practical about resources especially food. When dining, consume everything on your plate to avoid food wastage.

Keep in mind that Batanes is the only province in the Philippines that is both a protected area and an ancestral domain. Hence, research documentation, resource sampling and extraction, and other types of projects require a special permit from the Protected Area Management Board (PAMB) and/or other requirements, such as Environmental Impact Assessment (EIA), Environmental Compliance Certificate (ECC), NCIP’s Certificate Precondition- Free Prior Informed Consent (FPIC) by the Ivatan community/ Elders and others (local government requirements). When flying drones, coordinate with your respective guides on areas to shoot to assure that you are not intruding into the private lives and properties of the locals. All visitors are required to have a guide so make sure that you are also coordinating with a local tour operator. Do It Yourself Tours are not encouraged because the Government would like to monitor and control the influx of visitors.

Batanes in general is a very safe destination, but your safety also depends on your compliance with rules and safety regulations.

Enjoy your stay in Batanes. We will appreciate your cooperation and your adherence to proper code of conduct and responsible behavior.

A message from the Provincial Governor’s Office – Heritage and Tourism Office, Batanes